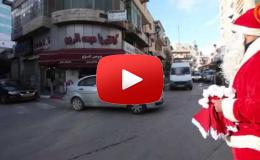 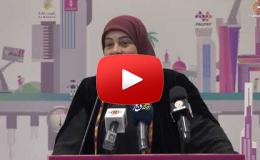 The Arab Orphan’s Committee (AOC) is a non-profit, non-political organization established in Haifa in January 1940. It was founded by a group of committed Palestinians to help alleviate the suffering of orphans rendered fatherless and stranded by the Arab revolt of 1936-1939 against the British colonization and Zionist militia. In order to achieve this and since its establishment, the Committee has worked on empowering orphans and youth in need by equipping them with the necessary education to improve their living conditions and contribute towards building their societies.
In its early years, the Committee enrolled orphans in schools, universities and higher education institutions inside and outside Palestine while working on establishing a state of the art trade school near Haifa. The work on the school was completed in the year of Nakba (1948) and the property was seized by the Zionists.

Yet, despite the catastrophe that uprooted the founders and dispersed them to different Arab countries, they managed to reunite in Jordan to carry on with the noble mission of AOC.  They re-established the Committee in Amman in 1949 and managed to build and equip a state of the art industrial school in Jerusalem over a 43-acer of land. The school was established through the generous donations of the Committee’s donors and with the support of the Jordanian and German governments.  The school was officially inaugurated by his Majesty late king Hussein bin Talal in 1967, the same year Israel occupied Jerusalem and the West Bank. The occupation has since then systematically tried to suffocate the school through restricting the movement of its students and teachers; continuously attempting to confiscate the property and close the school; imposing high arbitrary taxes on it; and surrounding Jerusalem with the wall of separation. Nevertheless, the school is still operating and serving the community in Jerusalem.

In addition to managing the industrial school, the Committee has expanded its scope of work over the years to cover university education of orphans and high-achieving students in Palestine and Jordan through scholarships and interest-free loans. The committee has managed to grant 7000 scholarships and loans since 1949.

THE SITUATION IN JERUSALEM

The school in Jerusalem maintained a high technical vocational reputation in Palestine until the mid-1990s.  Students achieved high official grade scores compared to other technical schools in the West Bank, while graduates won scholarships to advanced polytechnics in Jordan, Palestine, and Germany.  A combination of internal and external issues caused the school’s performance and standards to decline over the last 10-15 years.  The Qalandia separation Wall, very close to the school, cut the school from the West Bank.  As West Bank and Gaza residents were no longer permitted to enter Jerusalem or to access the school, the school lost the majority of its teachers and its students and became confined to only the Palestinian residents of Jerusalem.   Other internal reasons further adversely affected the school’s acceptance standards, teaching quality, curricula relevance and demand.   Since 2000 the school had been operating at less than 30% capacity.  In the last 3 years its occupancy has been at 140 students.

The School has received assistance from Welfare Association, the Palestinian development agency and from the Germans.  Both organizations can be considered strategic partners or supporters to AOC Jerusalem.  In Nov 2013 and as a result of a brain storming session between AOC Jerusalem Board, Welfare and GTZ (the German development agency), 3 proposals were presented as potential future directions to take the AOC Jerusalem towards.  AOC Board strategy workshop in June 2015 also considered a few options for the use of the school premises and land.  The propositions however were not assessed for viability in a due diligence kind of manner, and they remain important potential ideas for assessment.

AOC is looking to recruit a Project Director to lead a process of revamping and relaunching its branch operation in Jerusalem.  The Project is of paramount significance to AOC, and has the potential to be so for the Palestinian community in Jerusalem.  The process (and hence project) of revamping is expected to need 18-24 months, whereby the first six months are needed for an initial phase of [assessment, planning and preparation], followed by a pilot launch phase (if applicable) of 4 months before moving to a full scale implementation.  The project therefore is about directing this critical early phase of transition and transformation faced typically by turn-arounds/startups especially when it operates in an exceptionally challenging and aggressive environment as that faced by the Palestinians there, who need to find means to prosper and sustain despite the hostile environment.

The project director AOC seeks will be an experienced entrepreneur, highly experienced in starting and building large initiatives (for-profit or non-profit) from the ground up and seeing them through to success.  He/she is expected to have a non-traditional leadership and management style, thinks strategically, creative in approaching big problems, adopts a collaborative leadership approach, and experienced in building and leading teams.  He/she will be well aware of and understands the situation in Jerusalem and in the West Bank, committed and passionate about issues of justice in general including the Palestinian rights and cause.  Understands well the maneuvering approach the Israeli occupation authorities use officially or not so officially to establish facts on the ground and impose their agendas.  He/she will be good in building constructive communication, rapport and collaboration with senior and junior colleagues and stakeholders.

-Conduct an assessment of the most pressing developmental and educational needs in Jerusalem and the West Bank. Rate identified needs.  Which of them can be addressed effectively and efficiently by AOC Jerusalem.
-Investigate and identify threats to AOC’s continuity including the ones considered existential threats
-Assess the proposed ideas for the uses of the school presented by the Jerusalem Board in October 2013 and those identified as part of the vision and mission in the board strategy workshop in June 2015.
- Also identify and assess other possible uses/ideas worthy of consideration based on the results of the needs assessment.

The assessment should pay particular consideration and attention to the following dimensions:
--What is the pressing need that the endeavour(s) will contribute to?  What scale of impact can be expected?
--How the proposal deals with the key existential threats identified and/or is affected by them.
--Who the targeted beneficiary groups are
--The developmental expected impact (scale and scope).

Impact or effect on the Palestinian community in Jerusalem.  How could it impact their medium to long term survival and well-being prospects.
How does it impact the current key threats to Palestinian youth in Jerusalem, including the high drop-out school rates as Palestinian youth are lured to join the cheap labor force in Israel (serving the Israeli economy)
-Possible strategic partners and/or donors
-The key success factors and the key conditions for viability and sustainability
-The key risks that could affect the project seriously causing its downfall.
--Include labor issues, demographic issues, and Israeli possible/expected/potential maneuvers and tactics.
--Rate/assess the risks.
--What defense measures can be planned for?

Important principles for the approach

-Incorporate the community in planning and implementation
-Consider forming partnerships with local civil society organisations in Jerusalem, West Bank and possibly in areas of 1948.
-Present a Quick Cost Benefit analysis of the key ideas and present recommendations and recommended path.

Preparation for Pilot Implementation and launch

Note: the viability and sense of a pilot phase implementation should be assessed in view of the recommended use and path for the school

--Concept note paper that includes
--Approach.
--Stakeholder analysis, including anticipated reactions, engagement and behavior as a result of implementation of the new project.
--Identification of what is needed in terms of support and stakeholder engagement.
--What does it need to work? What model and what resources?  How soon?
--What does it need to remain successful in terms of governance and management and any other dimensions.
--How can risks be mitigated?
--Budget and contingency planning for pilot phase and for the first year.
--Identify other support needed.

Identification of potential donors and proposal preparation
-Identify potential donors (this is a shared responsibility with the Jerusalem Board Committee).
-Prepare detailed project proposal according to the requirements of the donors
-Securing funding for full-scale project implementation will be the responsibility of the Jerusalem Board Committee with the collaboration and assistance of the Project Manager.

-Succession planning.  Recruit a potential AOC branch manager to be involved in and part of the operation.
-Re-assess recommend plan and vision in I and II above.
-Build up the capacity of the local organization

Designing and Developing the Governance of the new Permanent AOC Jerusalem Setup
This stage should start along with the preparations for the Pilot phase.  This stage requires the involvement of the Jerusalem Board Committee through a special task team, and the help of the GIZ and the German development agencies.
The success of the new school operation to achieve its goals as well as socio-political and economic sustainability requires that we create a system that fits the specific challenges of the prevailing political and socio-political reality.
Other Tasks (non-project related)
-Assess identified existential threats to AOC’s business continuity in Jerusalem (e.g. registration and taxation)
-Work closely with the team in Jerusalem on designing and implementing a response to deal with such threats and minimize their impact
REQUIRED IMPACT GOALS FROM THE ‘NEW SCHOOL’
The recommend new focus and use of the school should have the potential to achieve the following
-Achieve full capacity
-Increase the quality of education provided
-Raise the academic/education level of students and fill needed gaps by introducing a preparation first year
-Satisfy a pressing and important need(s) for the survival and well-being of Palestinian community in Jerusalem and for the Palestinian economy in Jerusalem and the West Bank.
-Should have the potential to help integrate and connect Jerusalem’s youth with the Palestinian economy in the West Bank, as a viable alternative to working as cheap labor in within the Israeli economy.
-Present a financially viable model that can be sustained by AOC.
-Protect the school campus and premises from being taken over by the Israelis.

The Project Director will report to the Jerusalem Board Committee, a Board committee formed by the Board of Directors mandated to govern the affairs of the Jerusalem AOC branch, and to the Executive Manager (EM) in the headquarter, Amman, Jordan.  AOC Board of Directors, appoints the Project Director, the Jerusalem Board Committee and EM follow up, oversee and assess the progress of the project.  All matters of compliance, legalities, and general oversight rest with the Board of Directors.
The nature of the assignment and the challenges requires the Project Director and the governing Jerusalem Board Committee to work in close collaboration, trust and good faith.  The Board committee will help in networking and contact support, accessing all kinds of needed support in Jerusalem and Palestine, Jordan, the Middle East or anywhere in the World.    Many Committee members are also seasoned highly respected veterans of starting highly entrepreneurial projects in the for-profit and the non-profit sector and will be in a great position to collaborate with the Project Director to assess risks and plan.

sending an updated CV, in addition to a cover letter, expressing how they fit into this post. Last day to receive applications is November 17th , 2015.